God was always Right – – The Culture of Death is Wrong

The Church is shrinking fast as it is attacked by a secular culture that encourages mortally sinful behavior, and regularly ridicules God and his Church.  Yet even the most

foolish and evil messages of this Culture of Death are rarely challenged even by faithful  courageous Catholics.  This must change. Business as usual is not an option.

The Culture of Death is the present secular culture as reflected in the print and digital media as well as in the conversations, behaviors and beliefs of the majority. If the Culture of Death were an iceberg, abortion on demand would be it’s peak and our primary focus would be the much larger supporting structure containing foolish, unnatural and evil doctrines such as support for sexual sins, dishonesty, parental abdication, moral relativism,  “my team right or wrong” politics, and contempt for  the

Who should take on the Culture of Death?

The Church teaches the Truth of Christ and provides the Sacramental Graces to those who seek salvation.  Its clergy and professional educators and the lay Catholics who 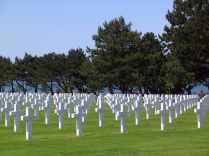 make up the backbone of the Pro-Life movement work tirelessly and effectively. Unfortunately, we cannot expect them to add “taking on the secular culture” to their duties.

Taking on the Culture of Death means identifying foolish and/or evil messages that are widely accepted, and helping each other to: